Consumer Complaint? Take It to the Top

All too often, we call a bank or merchant or retailer, even a medical laboratory, and we end up being told “due to higher than normal call volumes” it will take hours to talk to somebody. In other cases, there seems to be nobody in charge, and if we have a complaint, we can’t get through to anybody to discuss it.

Perhaps you’ve seen programs on the local news where an “action team” reporter will take up a problem on behalf of a viewer and contact the merchant or company involved. Invariably they do get action! It is my intention here to help you turn yourself into your own consumer reporter! It’s what I did professionally for a number of years and I learned some tricks of the trade to get to the people who can make things happen. They are usually at the top!

It’s no secret that since Covid, the standard of care we get as consumers has been on a steady decline. In many cases, offices are simply not staffed; in other cases, they are staffed, but an insufficient number of people are on hand; in other cases you’re dealing with an employee sitting in his or her living room at home, because so many people no longer work at a central office. Regardless, all too often, the quest to get help to fix a problem, whether it’s a bill pay issue, poor service or inferior merchandise, is nearly impossible.

Start at the beginning

My first suggestion is to use the regular channels for complaints. Find the phone number, or the email address, or the snail mail address, or all three, and write to the company and complain. Do so clearly, stating your name, address, phone number and email address. Include your account number, if any, and the date of the purchase, the nature of the problem, and the amount of money involved.

But be warned, there may come a time, and these days it’s more likely than ever, that you won’t get a satisfactory answer or any help from anyone you call or to whom you write. That’s when you need to pull out all the stops and “go pro” to get to the top!

Not long ago I had a problem with an online bank. The problem was serious enough for me to be concerned that I might not get my hands on money in my own account! I had major difficulty taking a routine, required, mandatory distribution from my IRA. I had subsequent problems transferring the entire remainder of the IRA to another institution. Nothing about dealing with this bank was normal. It was at this point that I put on my consumer reporter hat and went to their website.

If you were a reporter on deadline, you would use those information sources to contact the media relations department. In my case, I was reporting a complaint. I sent an email to each of these individuals and outlined my name, my address, my account number, the very nature of my problem, my phone number, and what I expected them to do for me. I indicated that if I did not hear from someone in senior management within five business days, I would take the matter directly to social media and in this case, to the state banking commissioner in New York, where this online bank does business.

Lo and behold, within a day, I received a response from the media relations coordinator, who promised I would hear from someone in senior management within the next few days. And indeed, two days later, I heard from the “executive relations manager.” It was she who expedited my complaint and inquiry, and made sure that I was contacted by an appropriate individual who was able to speed along the transactions I was trying to make.

I just had a similar situation with a medical laboratory which is understaffed, unclean, and careless, at best. The actual laboratory had no supervisor available, and so I called corporate.

In very short order, I was able to get someone to escalate my complaint to a regional supervisor. They took my phone number and information and promised to get back to me within the next day. Absent making this call, there was literally no one else to whom I could complain.

We often talk about “taking things to the next level” and that is what I am suggesting here. Use your access on the web to find out who runs what department at the company about which you have a complaint. Then use that information to gain access to the names of key people who can help you resolve your problem.

There also literally hundreds of government agencies and consumer organizations waiting to hear from you. The only problem with them is that they’re not so focused on solving individual problems as they are on finding companies that generate a lot of complaints. They may eventually take action against such companies but they’re not likely to solve your particular problem, at least not very quickly.

If all else fails, do not hesitate to take your complaint public. Almost every company has a presence on social media such as Facebook and Twitter. I have had more success complaining on Twitter than I have anywhere else. These companies do not wish to be embarrassed publicly with complaints about the quality of their service or the quality of their products.

After suffering damage from dozens of leaking batteries made by a major battery maker, I contacted their corporate parent via Twitter and was able to secure refunds for all of the electronic devices damaged and I got additional refunds for the money spent to buy their leaky batteries in the first place!

Sometimes it just pays to get tough when you have to and as always, it often depends on who you know. So, take it to the top! 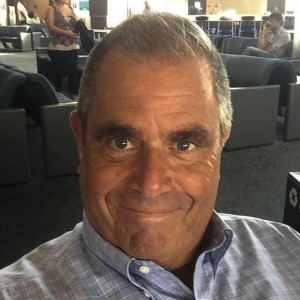 American financial journalist Ted David was a founding anchor at CNBC in 1989 and spent the following 20 years there as an anchor on TV and on CNBC Radio.